It was a momentous event – a sign of the times we live in.

Hundreds of peaceful Christians gathered in the rain on Church St. in downtown Toronto on Saturday. They came in support of Pastor David Lynn, who was arrested in June while simply sharing the message “God loves you” on a public sidewalk in a mostly homosexual neighbourhood. A group of pro-LGBT activists had mobbed and assaulted Pastor David, but when the police came, astonishingly, they chargedhimwith “disturbing the peace”.

We have been reaching out to the government of Ontario to address this injustice. (You can sign and share our petition here: https://www.citizengo.org/en-ca/pr/171367-christian-mobbed-assaulted-and-arrested-toronto. We have just reached over 25,000 signatures!)

Pastor David’s arrest was not only a violation of his own civil rights and freedoms as a Canadian citizen, but it is a glaring sign of theerosion of the rights and freedoms of all Bible-believing Christians in this country.It reveals a new form of discrimination and prejudice in society, wherebyChristians may be treated as second-class citizens– as sub-human– with lesser rights and fewer freedoms than everyone else.
This new discriminatory attitude could be seen very clearly on Saturday.
The mainstream media falsely referred to Pastor David’s rally as being “anti-LGBTQ”, casting him and his supporters as “haters”. (One Toronto Sun article was highly prejudicial:https://torontosun.com/news/local-news/braun-christians-march-lgbtq2-community-turns-other-cheek). In fact, there was nothing hateful about Pastor David’s rally!His focus was on Christian civil rights, not sexual ethics.

Pastor David repeated the message many times over: “We love the LGBT community. We love everyone… God so loved the world that He gave His only begotten Son that whoever believes in Him should not perish but have everlasting life.”

Pastor David even welcomed a former homosexual to speak. That man testified to the love he experienced from God and from those in the Christian community while he was gay.

However, the media chose to give voice to the large and raucous crowd of pro-LGBT counter-protesters, who were played up as beingvictims of Christian intimidation and hatred.It’s hard to imagine how that smaller group of peaceable Christians could in any way be a threat to the thousands of loud and angry pro-LGBT people. In reality, it was the pro-LGBT element that was demonstrating intimidation and hatred. Many of those pro-LGBT protesters hurled insults, vulgarity, and threats at Pastor David’s peaceful demonstrators.They even carried a large banner that said, “Not In Our City – United Against Hate”. Ironically, this only served to underscore the fact that Bible-believing Christians are the ones not welcome.WE are the real second-class citizens in our modern, “tolerant” society.

D.A. Carson, a Christian theologian and author, writes, “One cannot fail to observe a crushing irony: the gospel of relativistic tolerance is perhaps the most ‘evangelistic’ movement in Western culture at the moment, demanding assent and brooking no rivals.”

Many politicians also came out to stand against the Christians on Saturday.Bill Morneau, Kristyn Wong-Tam, Joe Cressy, and even Mayor John Tory took the side of the pro-LGBT counter-protesters, pitting themselves against Torontonian Christians. Liberal, NDP, and Green party representatives also chose to take sides, standing against Christian civil rights.On the other hand, a group of People’s Party (PPC) supporters stood up for Pastor David.

In a most unchristian spirit, several liberal mainline clergy members also spoke out against the Bible-believing Christians.

The police presence was very heavy, with scores of uniformed officers on hand – some on bicycle, some on horseback, some in squad-cars, many on foot. The police erected a make-shift barricade on Front St. using bicycles and vans, preventing Pastor David’s group from marching farther up Church St., as he had originally intended. It was clear, from the position of the officers in and around the pro-LGBT crowd, that their main concern was to prevent LGBT mob violence. Police showed no concern of violence erupting from the Christian side – only from the pro-LGBT side. This says a lot! It is quite obvious who the real “haters” were. Though it is perplexing why so many of our political leaders would choose to take sides with that volatile element.

A number of pastors and ministry leaders spoke up in support of Pastor David, addressing his supporters in the rain. I also had the opportunity to speak and offer the support of24,854 CitizenGOers– all those who had signed our petitionto the Ontario government up till then. (We are now over 25,000!)

When I spoke, I referred to the travesty of justice that Pastor David has experienced.I offered a hypothetical example:A woman was walking down the street when a group of males came up to her, surrounded her, began harassing her, and then even assaulted her. Imagine if the police were called into that situation, but they chose to arrest the woman instead of dispersing or arresting the mob. Imagine they alleged that she was wearing provocative clothing and inciting the mob that attacked her, so she should be charged with “disturbing the peace”.What do you think? There would be a public outcry! Our politicians would be rallying to her defence.So, why should it be any different just because the person mobbed and attacked was a Christian man?The fact is that is exactly what happened to Pastor David back in June.

We are very thankful that the rally was completed without incident, and that no one was hurt or attacked. We are also very thankful for all those who braved the rain to take a stand for love and justice. However, it was a great disappointment that the police would chose to bar our way instead of escorting us on our planned march up Church St.Once again, the civil rights of the Christian community took a back seat to the loud and powerful LGBT lobby.

It was also disappointing that more Christians and Christian leaders did not come out to Pastor David’s defence. What is happening to him is just a little foretaste of what could happen to every pastor, priest, minister, and Christian if our society continues in its present trajectory. We need to unite in prayer and action for the rights and freedoms of all God’s people.

P.S. Please continue to show your support for Pastor David by signing and sharing this petition:https://www.citizengo.org/en-ca/pr/171367-christian-mobbed-assaulted-and-arrested-toronto 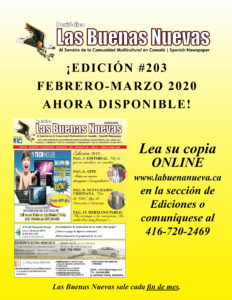